Group-ism: the larger problem behind racism, nationalism, and many other -isms 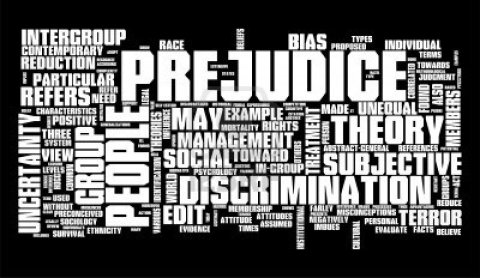 Most reasonable people nowadays acknowledge that prejudice is a bad thing. But it is such a strong, persistent force that we need to constantly guard ourselves against it. It is so natural, this desire to identify with a group and disparage non-group members. We’ve learned more about this aspect of human behavior (via findings from psychology and cognitive science that are finally reaching the mainstream), and so many of us make efforts to counteract this by various means: trying to be consciously aware of our biases, exposing ourselves to other perspectives, following processes designed to counteract bias (e.g. blind resume screening, anonymous peer review, secret voting, etc.).

However, the impulse towards group-ism is still quite strong. You see this among many people rooting for their sports teams. Have you been in a room watching a sports game with a mixed group of fans and there is a replay of a close call? It’s amazing that we are all watching the same replay and 80% of Team A fans see it “clearly! obviously!” for their team, and 80% of Team B fans see it the other way. I sometimes feel their conviction is so strong and genuine that they would be willing to lay down money on it.

Even though the biases of sports fandom are pretty harmless (often admitting its own bias), it seems to me that it is made of the same cloth as other forms of group bias, which then results in prejudice, nepotism, racism, nationalism, perceived cultural superiority, religious elitism, and others. They all define a group that you are a part of, simultaneously defining the non-group, and then placing a higher value judgment on the former at the expense of the latter. Though each of the -isms above are distinct and may arise for different reasons, they seem to all share a broad common basis in group-ism. 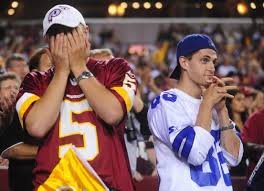 I know that the main reason cited for group-ism is the need to establish or reinforce a sense of identity by way of contrast, and that makes sense. But we have so many identities at different levels (e.g. brother, father, Irish, non-smoker, guitarist, environmentalist, teacher, New Yorker, French-speaker), and they are often so cross-cutting that you would think that having identities that you have to pick up and put down on any number of occasions and all of the cognitive dissonance this creates (e.g. having an argument with another French-speaking guitarist) would have the seeds of its own destruction sown into it. We have to change our mental identities more often than our clothes–wouldn’t that weaken the identities? Yet group-ism seems to be an incredibly strong force.

In thinking about why this dynamic is so strong, a few insights have struck me about group-ism:

Insight #1. The root cause of group-ism is that life is amazing

What is the continual well-spring of group-ism such that it is so deeply replenished and maintains its strength in the face of all of the natural forces (identity switching) and our efforts (learned tolerance) to overcome it? My thesis is that this well-spring is the incredible nature of the experiences of life that we have. Human experiences are exquisite, bewildering, tender, exhilarating, deeply profound. We cannot adequately convey them to others. Within groups, we tend to have more of these experiences in common, and so we naturally think that the non-group is “missing out”–and they are. As an example, let’s say you viewed the Mona Lisa and then tried to explain it to other people who haven’t seen it. Inexplicable. Or say you grew up on a farm and were steeped in a strong culture of discipline and hard work and then moved to a big city where people grew up differently. Or if you were raised in Tokyo steeped in ceremony and respect for the elderly, and then moved to the U.S. All of these settings, and others, have beautiful, deep experiences that are unique to the group that is experiencing them. We know at an intellectual level that other people’s experiences are probably equally rich, but though we can believe it, it is hard to feel it. So I think our unique experiences of this wonderful thing called life will cause us to continually bias us towards seeing more value in our groups than in others.

Insight #2. The boundaries of the groups we identify with are arbitrary and relative

I talked above about how many different groups we identify with. Given the full panoply of identities we assume, both simultaneously, and at different times, what stands out to me is how arbitrary our group boundaries are. It is as if we were walking on the floor of a hula-hoop factory after a small explosion, with hula-hoops are strewn across the floor, many overlapping like venn diagrams, some. If each hula-hoop were an identity, as we step on open spots of the floor, sometimes we step through two, three, or four of them almost randomly. Here’s a thought experiment that shows how easily we can change the frames of the group we identify with:

…part of a group in your community, you probably would favor your group in a town meeting…

…a sports fan in a city playing another city, you probably would favor your city’s team…

…part of an ethnic group dominant in your part of the country, you probably would favor your ethnic group…

…a country competing in the Olympics, you probably would favor your country’s team…

…a world is being attacked by aliens from another planet, you probably favor anyone that is on your world…

Though that last example sounds fanciful, it is actually a common story plot in movies. The point I’m illustrating is that you could be the same person, but as you go through these examples, the definition of the group enlarges, and includes all of the ‘others’ that you were opposed to before. I think it is worth reflecting often on the relative nature of groups, and it is promising because it means that we don’t necessarily have to be stuck to hard-coded groups like race, nation, religion, etc.

Insight #3. The value of diversity is not intuitive

Since we are biased towards our own groups, it isn’t is intuitive to assume that diversity is good–that is something we often have to remind ourselves of. If you think that what you have is a good thing, then diversity can seem like a “dilution” of whatever you have that is good and unique. Imagine if you were an oral storyteller in ancient Greece, reciting odes and the story of the Iliad and the Odyssey and passing them down to your understudies (who might be good, but not yet fit to gargle with your mouthwash). Suppose one of them recites the Iliad with a different cadence from what you taught. And his facial expressions seem to emphasize the wrong parts, to the extent that it almost conveys different meanings. If you are someone who thinks that the Iliad was a work of genius (which it is), you are probably not okay with this type of “diversity”. In fact, it seems as if the extent to which something new is introduced is the same extent that something precious is not being preserved.

I would guess that this was the intuition for most of human history (look at the obsession with maintaining racial or class bloodlines). But the part we can’t see so clearly is that cultures around the world have been in contact and influenced each other (I recently learned that potatoes arose exclusively in southern Peru / northern Bolivia, and from there were introduced to other parts of the world, to become integral parts of other cuisines). Words have been borrowed and incorporated into other languages. And yet, at any given point in time, the temptation is still there (again, because of #1), to think of the current (or very recent) state as somehow pure and better off without dilution.

Of course, now we’ve learned more about the value of diversity. Biology shows that genetic diversity is a pre-requisite for natural selection. Social science studies have shown that diverse groups do better on creative group tasks than homogeneous groups. Many organizations now consciously try to have people of diverse backgrounds in their groups. But whatever our progress, it seems we have to keep reminding ourselves about this, and there is room for a lot more diversity.

So are there any solutions?

So what are the implications of these insights, are there any takeaways or lessons from this to reduce the power of -isms? I’m not really sure–if I had great novel solutions, I could write a book that would be a great boon to humanity. But the obvious approaches, which we are already doing, seem to be right on track. To address Insight #1, the power of personal life experiences, we should encourage genuine multi-cultural experiences, which is being happily sped along by globalization. Second, in response to Insight #2, the relative nature of groups, it might perhaps be best to have more groups rather than fewer, to help reinforce the arbitrary nature of them (and maybe sports fandom provides a benefit in this regard). And third, in response to Insight #3, the unintuitive value of diversity, well, we just need to keep reminding ourselves of this value until it becomes accepted cultural knowledge. One thing we’ve learned about human bias is that trying to overcome it through self-awareness alone is very difficult, so we’ve made some progress developing systems, processes, and cultural norms to help us to counteract it. Our understanding of psychology and cognitive science is relatively new (compared to other sciences), so that’s a good reason to be hopeful for further advances and improvement.